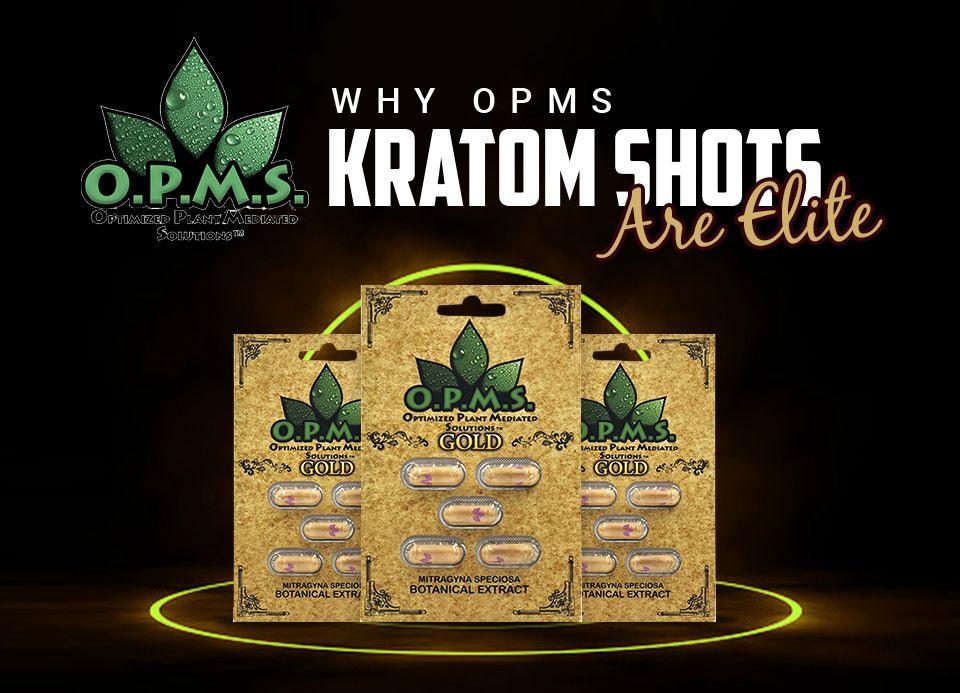 What Is Liquid Kratom & Why OPMS Kratom Shots Are Elite

There’s no real depth to it. Liquid kratom is exactly what it sounds like. It’s a liquid form of traditional kratom. It’s not literally the same thing as kratom powder or capsules, but it does carry nearly the same effects. So, it’s a great alternative for people who don’t like solid kratom. So, you can’t go wrong with what you can expect. Liquid variants of kratom contain the alkaloid Mitragynine, just like its counterparts. But you may not have expected some forms of liquid kratom also have higher potency in comparison. So, when you’re looking for higher effects with lower consumption, they might be the premium supplement you were looking for. But do proceed with caution. You never want to overdose on kratom products. They might help you cope with certain health conditions, but a lower intake amount is always recommended. That said, let’s dive into a bit more detail.

Kratom is popular for its various uses around the world. This is why it’s not a simple product, but one with multiple variants. OPMS, Expert, and Captain LA are some of the best manufacturers of kratom products. But even with all these differences, they mostly carry the same properties with only slight differences that make them unique.

This is probably the one that’s most talked about globally. Every strain has its ups and downs, but Maeng Da always stands out. It’s perhaps the most durable in terms of aroma and stimulation. This is why users from around the world use it to stay active and energetic for hours on end. This strain comes in a bunch of variants in three different variants itself, known as Red, White, and Green Maeng Da kratom strains. Fun fact: The popular OPMS Gold liquid shots are also made with this strain, among other well-known products. So, we’ll discuss the OPMS Gold dosage and other details in a bit.

Can you talk about kratom power, without mentioning the Green Malay strain? Whether it’s powdered kratom, liquid shots, or capsules, Green Malay leads De Way. This is also a potent strain known to boost energy levels. However, moderate doses are recommended for such results. Alternatively, these can also be used to induce calmness through a higher intake. If someone feels the need for relaxation, more can prove to be merrier. It’s not some sort of a strain of royal kratom, gold kratom, or whatnot. But this Malaysian variant is also quite well-received throughout the world.

Also known as the Gold Kratom or Kratom Gold strain, this is a unique strain known for the golden veins of its leaves. Grown in Bali, Indonesia, it’s also part of the Red Vein kratom family, as the color of its leaves is mostly red. But the name containing the word ‘gold’ is itself enough to make the strain stand apart. So, whether it’s kratom tincture drops, extracts, or shots, people are always intrigued when they hear about it. Those who’ve tried it suggest that apart from increased focus, it was also effective in diminishing their pain and improving their appetite.

The Types Of Liquid Kratom

Yes, even in liquid kratom, there are 4 different kinds of products. Each of them is prepared differently and has its benefits and downsides. What you get with kratom extract, you may not with kratom shots, and vice versa. But what exactly are the differences among these? Let’s delve into that down below:

Let’s first talk about the extract. For this, manufacturers would boil large quantities of kratom and strain out what’s left. It has a dark color, smooth texture, and viscous density. Interestingly enough, the strained liquid is stronger than solid kratom. So, if you don’t the taste or texture of kratom, this might just be the product you were looking for. For a specific product, you can look at the OPMS Gold Liquid Kratom Extract.

Whether it’s golden kratom or a green variant, some people prefer a tincture over the other types. It may not feel alcoholic upon consumption, but that’s what it’s made with. Its leaves are submerged for weeks in a solvent like alcohol. So, it’s not as strong as an extract or even as kratom powder, but still more potent than the original strain. Regardless, they’re quite popular for their simplified usage and high effectiveness.

Whether you buy a product from Captain LA or OPMS, liquid kratom is often a preference in the form of tea for some people. The name is self-explanatory. You brew leaves in water. The natural alkaloids of the tea remain the same during this process, as you’re not chemically changing its properties through heat or mixture with reactive substances. So, you still get similar potency as the strain originally had, but without the same taste.

Shots are a different breed when it comes to liquid kratom variations. These are prepared by combing liquid kratom with different kinds of ingredients such as Melatonin. The problem is that there are risks associated with the use of Kratom shots. Gold, black, blue, or whatever else, you need to be cautious when using these products. This is why AMS Distribution only sells kratom shot products from responsible manufacturers who create quality products.

But first, what is OPMS Kratom? Well, OPMS Gold shots are a popular product among the kratom community. It offers 225mg of alkaloids per shot. As mentioned earlier, the product is prepared with the Maeng Da kratom liquid extract. So, you know OPMS gold liquid effects are top-notch in terms of quality and potency. But there’s another thing that sets the OPMS kratom extract apart from the competition. Instead of boiling and dissolving the leaves, OPMS uses a cold water/high-pressure diffusion to extract their products. Hence, what’s extracted is highly efficient, and you get more for each OPMS shot than you would with any other product.

Get Kratom Products From AMS

Looking for a store with products from all leading kratom manufacturers? Then simply head over to our store to find your favorite ones. Whether Expert or OPMS, kratom shots, or kratom powder, AMS is the place to find the best deals for bulk orders. So, buy the OPMS gold liquid shots, or the OPMS Gold 3 pack from AMS Distribution and go through our store for hundreds of other products related to CBD, Vape, Kratom, Smoke, and much more.